The Ward Team... bringing you news, views, and lots to use!

Spring is in the air....Doh....Nope Not yet. We seem to be getting those cold snaps and of course the snow. Okay, so we are getting excited to see some warm weather come our way to stay!!

On another subject, I do have some exciting news. I am very proud to share that my wife, Melanie, whom some of you already know, has recently been licensed as a Sales Representative and will now be an active member within the Ward Team!! She has been working in behind the scenes of this team for very a long time. Now it is time for her to see the other side of the business. I hope that she gets just as much enjoyment from it as I do!!

Every year on March 8th, it is International Women's Day. A day to
reflect on the progress made towards achieving gender equality and to
celebrate the acts of courage and determination by all of those who have
played a role in advancing gender equality in their communities. The
beginning of this day traces back to the early twentieth century, emerging from the activities of labour movements in North America and reflecting a growing call for women to participate equally in society. The first International Women's Day was observed on March 19th, 1911, but it wasn't until 1975, that the UN recognized International Women's Day and began to celebrate it on March 8th and later designating this date as IWD.
Today, there is still much work needed to bridge the gap of equality. For example;
Women working full-time, year round jobs earn only 80.7% as much as her male
counterpart earns. That gap can be greater or smaller, depending on where she
lives in the country.
It has also been proven that women pay more for goods than men. An item so
simple as deodorant or shampoo can cost a woman 10% more. Women on average
pay 8% more for clothing! Hair cuts, cars, children's clothing, and so on...This is
barely scratching the surface. And it is unacceptable.
I want a world where my wife, my daughters, sister, and every other woman out there should be looked at and treated equal in all aspects of her life.
#WomensDay #EachforEqual #IWD2020

Fun Things to do During Earth Hour

Game night by candlelight - Earth Hour is all about getting together to celebrate the world. So why not gather around the table and have a trivia night or play some board games?

Take a wildlife walk or go star-gazing - If it is a clear night, it's a wonderful opportunity to stroll under the stars and enjoy how the moonlight dances across the ground before you. You may get a treat by seeing some deer cross your path.

Candlelight dinner - Perhaps it is just the two of you and you would
like to have a romantic meal together. Here is a perfect excuse to shut
off the lights...

Night time bike ride anyone? - So long as you are dressed in a light clothing attire with some reflectors, this is an awesome opportunity to get out and grab some exercise and see some local sites.
Have an unplugged jam session at home - gather in the family room, strum some cords on the guitar and have a sing a long.

Read a bed time story - It is always special to listen to someone reading a bedtime story, but it is even more special doing it with a flash light.
No matter how you decide to spend it, you know that it was something special and that it was done for the benefit of our earth.

If you want to decrease the overall amount of interest that you are paying to the banks, then there are steps that you have to make to pay your mortgage off sooner, with keeping more money in your pocket. By simply making more payments each month, which is referred to as an accelerated payment schedule, you can substantially lower the interest contribution and increase the principal paid. It is literally as simple as negotiating a 2.5% interest rate and moving to a semi-monthly accelerated payment plan that can contribute an additional $5,000 each year, the interest paid will be significantly less. Paying interest may be necessary sometimes, but, by taking simple and proactive steps, you can keep more money in your pocket and pay off your home sooner.

To calculate your own mortgage scenario go to: www.WardTeam.ca/mortgage/calculator

Find out what homes down the street sold for! Get your FREE computerized list with Pictures of area home sales and current listings.
To find out how you can get this list, listen to Free Recorded information by calling 1-888-244-7592 EXT# 1075
How much can you sell your home for?

THE WARD TEAM IS PROUD TO SUPPORT OUR COMMUNITY!

We donate a portion of our income from home sales to many worthy causes. So your referrals really do help to put money back into our local charities.

HOW YOU CAN HELP

Who do you know considering buying or selling a home? Refer your friends, neighbours, associates, and family members!
Contact us at 905-953-1577 to help someone in your community today!!

Lovely Home of the Month!!

Gorgedous 4 bedroom, 2 storey home on a good size lot, close to a private beach that you can have access to for a small fee of around $50.00 per year. Nicely finished inside and out, walking distance to the lake, great curb appeal. CALL US TODAY FOR MORE DETAILS!! 905-953-1577

5 Ways to Get Your Home Spring Ready

Many homes in our area have crawl spaces. These crawl spaces have vents that run along the foundation walls. The vents provide air circulation that helps prevent excess moisture and mold growth. Don't forget to make sure these vents are free and clear of debris. Repair screens as needed to prevent critters from getting inside. If it is sealed for the winter, you will need to make sure they are open to allow for the air to get though and dry it out once everything is melted and you know we aren't getting anymore snow.

Winter air from your home gets stale. As soon as the weather gets nice, we want to open those windows and let in the fresh air. But we don't want that air pushing in all of the dust that has accumulated on those screens. Pop them out and give them a wash, or vacuum. Then enjoy that fresh air!!

Clean the Grill - Many of us don't use the grill through the colder months, but either way, you are going to want to get that winter dust off by brightening up the exterior with glass cleaner and then getting inside with a wire brush. Make sure that the drawers are clean and free of debris that may not have been collected before it got too cold outside.

Test those smoke detectors - We try to make a habit to do that during the time changes, but if you have forgotten, now that it is in your mind...Change those batteries!

Wash Siding - Giving your siding a good rinse after the fall and winter months is a great way to get back some of that curb appeal. Most of the grime happens on the front of your home due to all of the traffic kicking up the dirt on the road. This is also a great time to check the soffits, window seals, and gutters to make sure that they are in good shape.

A car load of hunters, on holiday, were looking for a place to hunt, pulled into a farmer's yard in County Waterford, Ireland. The driver, Brannagh, went up to went up to the farmhouse to ask permission to hunt on the farmer's land.

The old farm said, 'Sure you can hunt, but would you be doing me a favour? That old donkey standing over there is 20 years old and sick with cancer, but I don't have the heart to kill her. Would you do it for me?'

Brannagh replied, 'Of course I will,' and strolled back to the car.

While walking back, however, Brannagh decided to play a trick on his hunting friends.
He got into the car and when they asked if the farmer had said if it was alright, he said, 'No, we can't hunt here, but I'm going to teach that old fellow a lesson he won't forget.'

With that, the Irishman rolled down his window, stuck his gun out and shot the donkey. As he shouted, "To be sure, that will teach him,' a second shot rang out from the passenger side and one of his hunting mates yelled, "And me, begorrah, I got the cow!'

GET YOUR SPRING YARD CLEAN UP SCHEDULED NOW!!!!

Are you looking for some help in getting rid of the pile of "stuff" that has been laying beside the shed all summer? Do you have a ton of yard maintenance to be done before the snow flies? Leaves falling and out of control? Want someone to plow that snow for you or make sure that your walkway is clear of snow this coming winter season?

Then I have a name and number for you to call...

DO YOU HAVE AN EVENT OR BUSINESS THAT YOU WOULD LIKE TO PROMOTE?
We would be happy to share it in our Newsletter! For more information please contact us at: thewardteam@rogers.com
And you could be seeing your promotion next month!!!

Showing 10823 properties out of 12849 currently available on the market. 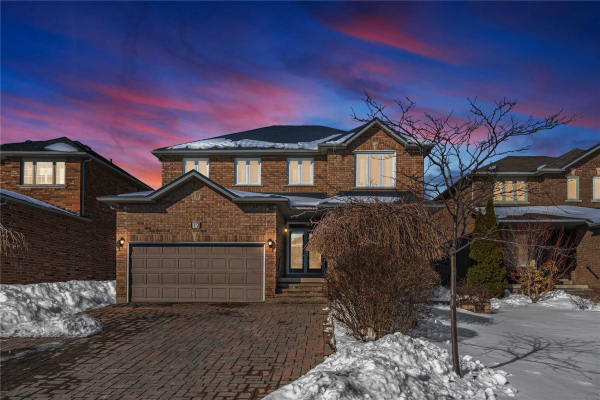 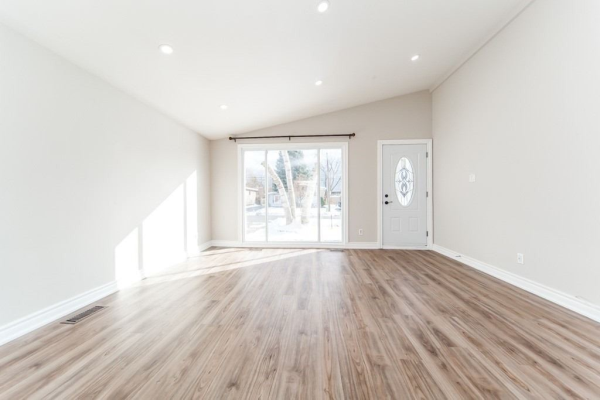 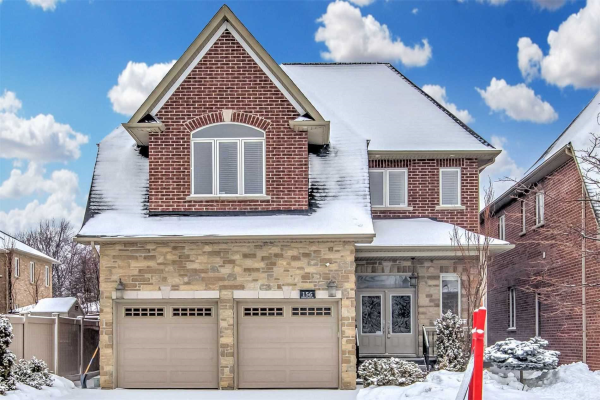 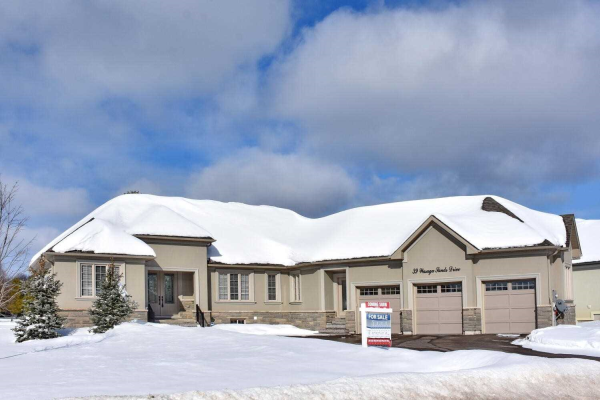 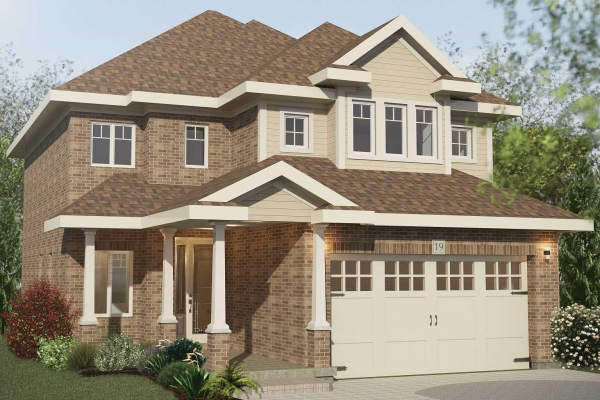 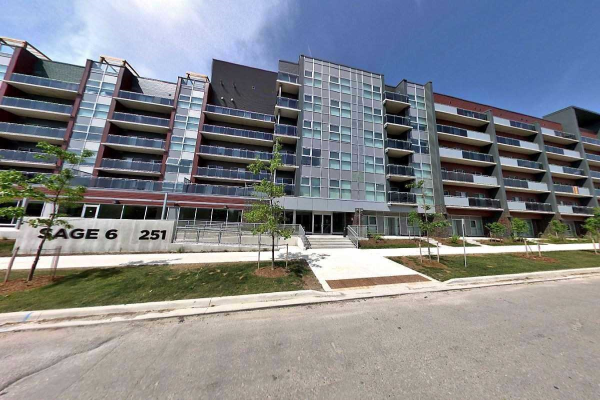 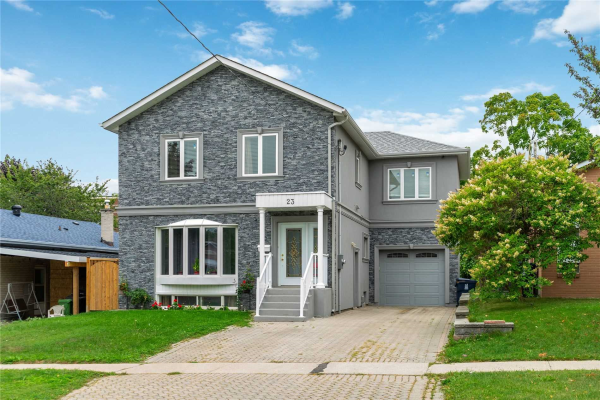